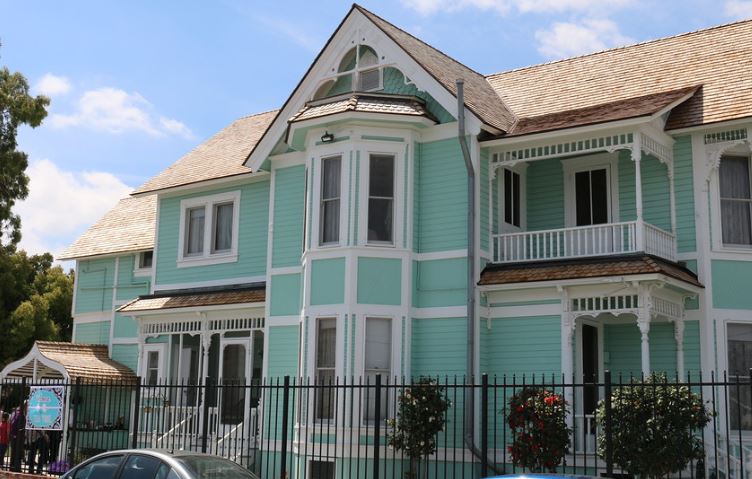 The Johnston family was considered one of the “first” families of Norwalk, settling here prior to the 1900’s. Darius David (“D.D”.) Johnston pioneered the first school system in Norwalk in 1880.  Johnston was also responsible for the first real industry in town, a cheese factory, by furnishing Tom Lumbard with the money in 1882.  By the early 1900's, Norwalk had become an established dairy center. Norwalk was also the home of some of the largest sugar beet farms in all of Southern California during this era.

Norwalk's prosperity was evident in the 1890s with the construction of a number of fine homes that were located in the middle of orchards, farms and dairies. Headstones for some of these families can be found at Little Lake Cemetery, which was founded in 1843 on the border between Norwalk and Santa Fe Springs at Lakeland Road.

The Johnston-Hargitt Ranch originally consisted of 120 acres devoted to the cultivation of wine grapes, plus, avocados, and citrus fruits. Eventually the surrounding acreage gave way to housing development leaving only the house and water tower.

The Hargitt House was built in 1891 by the D.D. Johnston family. (Shortly after, D.D’s daughter Cora would marry Charles Frederick Hargitt.) The two-story shiplap building is built of Redwood shipped from Northern California, floated ashore at Seal Beach and then hauled north along what is today Norwalk Boulevard. This home is an Eastlake Victorian style home with crossed gables. The exterior design has not been changed from the original. The front and side bay gables are covered in "fish scale" shingles and ornamented with decorative scrollwork. The bay windows and two-story entrance porch are ornamented with spindle and bracket work. One of the original stained glass windows still remains as well as the original etched and stained glass work at the front door.

The semi-attached water tower has not been altered and still retains its original pipes. The stairs at the rear of the water tower building were added in 1930.

Friends of the Hargitt House and members of the Norwalk Historical Heritage Commission conduct tours of the Johnston-Hargitt Ranch Museum on the first and third Saturdays of each month.

The D.D. Johnston-Hargitt House Museum is Norwalk's own nationally-registered landmark. The Museum contains D.D. Johnston-Hargitt family heirlooms as well as glimpses from Norwalk's past and other memorabilia. The museum is brought to life through docent-led tours given by the Friends of the Hargitt House. Admission is FREE; however donations are always welcome. Please Note: The Museum may be closed during inclement weather. For more information, or to schedule a visit or group tour (10 or more), please call (562) 929-5521.

The area known as "Norwalk" was first home to the Shoshonean Indian tribes. Surviving primarily on honey, berries, acorns, sage, squirrels, rabbits and birds, their huts were part of the Sejat Indian village.

In the late 1760s, settlers and missions flourished under Spanish rule. Manuel Nieto, a Spanish soldier, received a Spanish land grant (Rancho Los Nietos) in 1784 that included the area of Norwalk.

The Rancho and mining days in California ended around 1860 and the land was subdivided and made available for sale when California was admitted into the union of the United States. Word of this land development reached the Sproul Brothers in Oregon. They recalled the fertile land and huge sycamore trees they saw during an earlier visit to the Southern California area. In 1869, Atwood Sproul, on behalf of his brother, Gilbert, purchased 463 acres (1.87 km2) of land at $11 an acre ($2700/km²) in an area known as Corazon de los Valles, or “Heart of the Valleys”.

By 1873, railroads were being built in the area and the Sprouls deeded 23 acres (93,000 m²) stipulating a "passenger stop" clause in the deed. Three days after the Anaheim Branch Railroad crossed the "North-walk" for the first time, Gilbert Sproul surveyed a town site. In 1877, the name was recorded officially as Norwalk.  Gilbert and wife Anna’s home, built in 1870, known as the Sproul Museum, originally sat in a large sycamore grove where the community’s first town meetings were held. The house was later relocated to its current location at 12237 Sproul Street in Norwalk Park.

Take a trip back in time, and enjoy a visit to the historic Sproul Museum.  The Museum contains many artifacts depicting the development of the City as well as Sproul family heirlooms. Admission is FREE; however, donations are always welcome. Please Note: The Museum may be closed during inclement weather. For more information, or to schedule a visit or group tour (10 or more), please call (562) 929-5521.

BE A MUSEUM DOCENT!

If you enjoy sharing stories, information, and talking to people, consider being a docent! The D.D. Johnston-Hargitt House and Sproul Museums are seeking people interested in leading tours at the two Museums. A three-month commitment is required. For more information, please call (562) 929-5521.