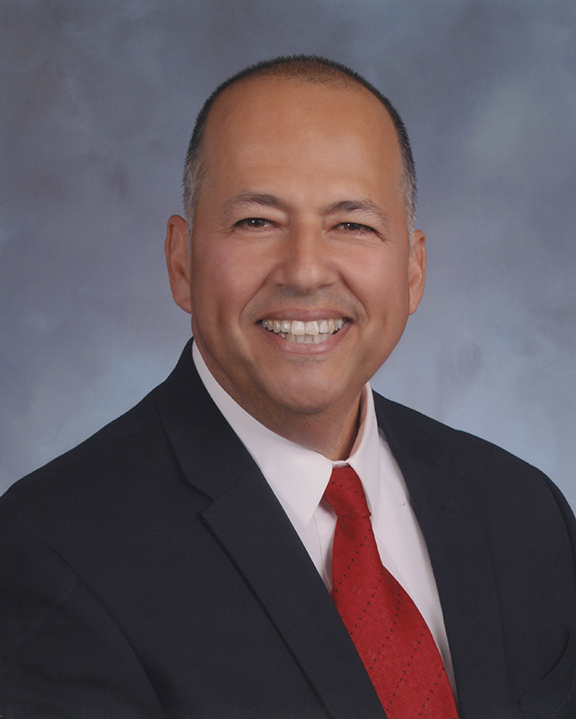 Councilmember Leonard Shryock is very proud of his long history in Norwalk. His mother was a member of the first graduating class of Norwalk High School in 1960. In 1966, he began attending Norwalk schools, where his teachers instilled in him an appreciation for the importance of doing one's best and the need to help others. He graduated from Excelsior High School in the top ten of  his class in 1978. As the years unfolded, his brother Ralph graduated from John Glenn in 1983, with brother Dominick graduating from Norwalk High in 1995.

Councilmember Shryock is proud to say he was an original member of the Norwalk All City Band established in 1975. After graduating from Cal State Long Beach with a degree in Economics, he came to realize that the most important thing that he could do in his life was help others. Always having loved school, it was natural to become a teacher. He went back to school and earned a Master's degree in Educational Administration from Cal State Fullerton.

In 1995, Councilmember Shryock married his childhood sweetheart, Corrine. They met growing up in Norwalk. His father-in-law, Lou Alejandro, was his little league coach and became a mentor to him as an adult. "Big Lou" reinforced the Councilmember's desire to serve the community through his volunteer work with the All City Band and the Knights of Columbus. The Councilmember and his wife have two daughters, Catarina and Christina, born in 1998 and 2000.

In 1995, Councilmember Shryock was elected to the Norwalk La Mirada Unified School District Board of Education. He served nine years on the board.

Leonard is currently serving his second four-year term on City Council.  He served as Mayor during 2015-2016, focusing on collaboration and community partnerships to advance public safety, education and achieve the goals set out in the City's 2020 Vision Strategic Action Plan.

Councilmember Shryock believes his life's experiences make him uniquely qualified to be an asset to the Norwalk City Council. He understands that residents' lives are filled with pressures and challenges especially here in Southern California. Councilmember Shryock pledges to serve Norwalk with integrity, honesty, and stewardship.