The former Defense Fuel Support Point, or the Norwalk Tank Farm, is owned by the U.S. Air Force and operated by the Defense Logistics Agency (DLA). The Norwalk Tank Farm was originally built in the 1920’s by private oil companies and purchased in 1951 by the U.S. Air Force as a jet fuel terminal. The 51-acre site contained 12 aboveground storage tanks and distributed fuel to military installations in the western United States. The Norwalk Tank Farm closed in 2001 with the fuel tanks being demolished in 2011. A thorough environmental clean-up of the site, including the remediation and treatment of the groundwater and soil, has been ongoing for several years and is under the supervision of the Los Angeles Regional Water Quality Control Board. The City worked closely with its Congressional delegation for years to acquire a portion of the property for park expansion purposes. In late 2014 Congresswoman Sanchez successfully authored a bill that will soon make this a reality by transferring 15 acres of the Norwalk Tank Farm to the City for the future expansion of Holifield Park.

For additional information on the environmental clean-up activities, please visit the Norwalk Restoration Advisory Board (RAB) website at www.norwalkrab.com. 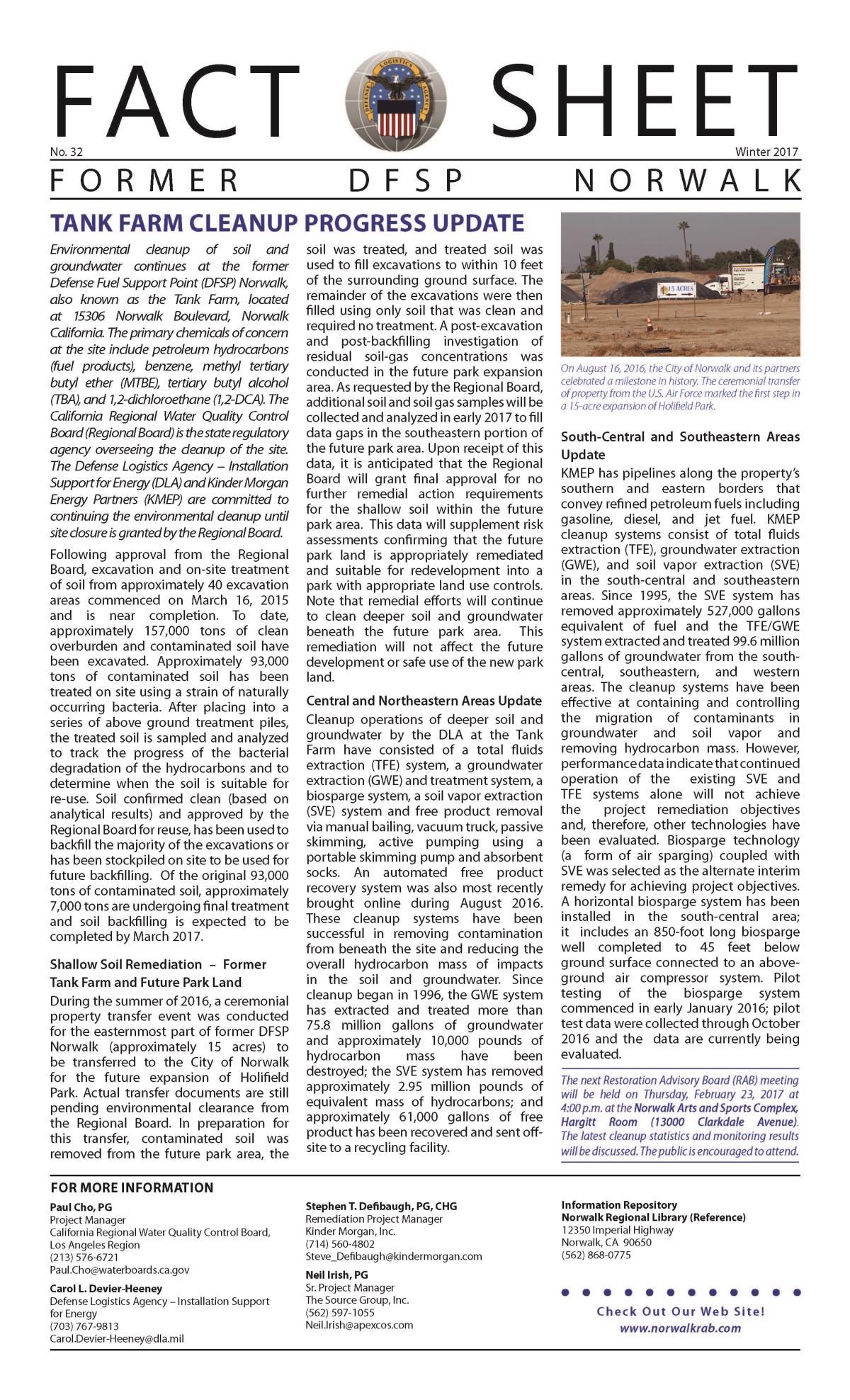